Which Airlines Serve The Best Wine?


I have only flown Business Class once, when I got upgraded on a flight from Sydney to Auckland; and I have never flown First Class. So, I don't really care about the so-called Cellars in the Sky, because I get only the vin ordinaire in Economy Class. 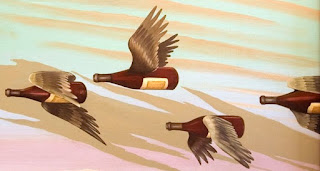 However, some people do care about the quality of the beer, wine and spirits served to the high flyers. These include the people at Business Traveller magazine / web site. For more than 30 years, they have handed out annual Cellars in the Sky awards, after evaluating the quality of the wine served to business class and first class passengers on the world's airlines.

Airlines can choose to enter the Awards process provided that they serve wine in business or first class on mid- or long-haul routes. The airlines submit up to two red wines, two white wines, a sparkling wine, and a fortified or dessert wine, from both their business and first class cellars. These wines are assessed and scored (blind) by a panel of independent judges. The awards are based on the average marks for the wines concerned, with separate awards for First Class and Business Class, plus an Overall Award for consistency across both classes. 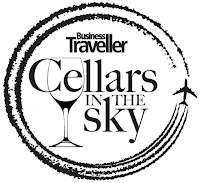 I have analyzed the data for the Best Overall Cellar for the years 2006 to 2018, inclusive. The number of airlines commended each year varied from 3 to 5 (average 4.0). I simply gave each airline a score scaled from 0–1 depending on its ranking in the awards list. There were 16 airlines mentioned over the 13 years, but I have included only those 10 that appeared in more than one year.

Since these are multivariate data, one of the simplest ways to get a pictorial overview of the data patterns is to use a phylogenetic network, as a tool for exploratory data analysis. For this network analysis, I calculated the similarity of the airlines, based on the awards they received, using the manhattan distance, and a Neighbor-net analysis was then used to display the between-airline similarities.

The resulting network is shown in the graph. Airlines that are closely connected in the network are similar to each other based on when they won their awards, and those airlines that are further apart are progressively more different from each other.

Only one airline received an award in every year: QANTAS, followed by Qatar Airlines with 9 out of 13 years. These two airlines are grouped together at the top of the figure. The other airlines are arranged based on which years they won awards. For example, Cathay Pacific won 7 awards, and both Singapore Airlines and British Airways won 5, but they were mostly not in the same years. American Airlines, Air France, Korean Air and Lufthansa each won only 2 awards.

So, if you want to get your money's worth out of your business-class ticket, then it would be a good idea to try QANTAS or Qatar Airlines — the hours will pass more quickly with a glass of good wine in your hand.