Trends In Genetics: The Future Of Phylogenetic Networks


A couple of weeks ago I reported on those journal covers that I know illustrate phylogenetic networks. I am happy to report that networks have now also made it onto the cover of Volume 29 Issue 8 of Trends in Genetics. The cover illustration combines the traditional tree metaphor for phylogenetics with the new metaphor of a network. 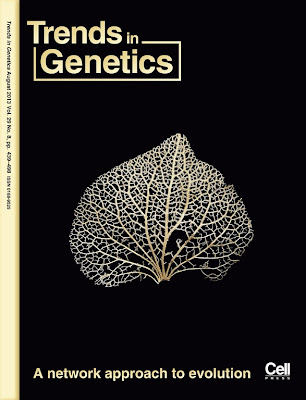 The article is one of the tangible outcomes of the workshop last October, at the Lorentz Center in The Netherlands: The Future of Phylogenetic Networks. The workshop participants agreed that we should be active in promoting the use of networks for evolutionary analyses, and this article, written by a group of biologists and computational biologists, seeks to do just that.

There will be further outcomes of the workshop, including follow-up meetings at the same venue.