Soooo I finished this model back in May however, I had an absolute hell of time attempting to photograph it. Luckily, with the help of the Night Shift youtube channel (you should sub, he's great), I was able to diagnose the problem as the wrong color temperature light bulb. The build itself is pretty out of the box, with the exception of heavy steel texturing on both turrets.I really wanted this tank to have a partially worn whitewash finish, as if the crew were clambering all over the tank throughout the long, cold Russian winter. As such, I just did a base color of Soviet Green, with some details like the MGs picked out. I debated about whether to include stowage or not, ultimately deciding against it since I wanted this vehicle to look very spartan, as lacking in supplies as its crew. All the whitewash is done by first applying a blue oil filter on the areas where the whitewash is heaviest. After that was thoroughly cured, I applied white oil paint and began dryblending it, working from heavier to lighter areas. After *that* was thoroughly cured, I added soot, smoke, and dried dirt with oils. And after *that* was thoroughly cured, I added the mud and dirt splatter with various acrylics. 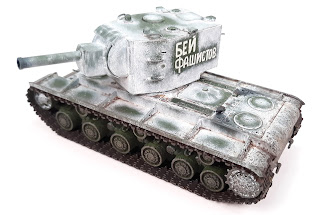 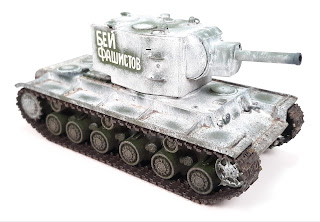 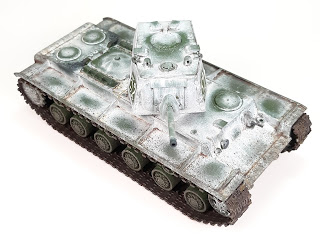 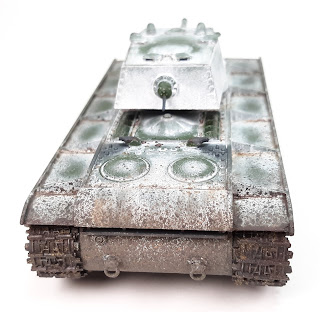 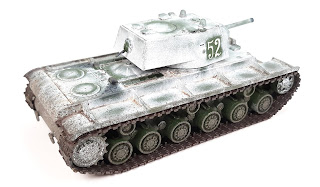 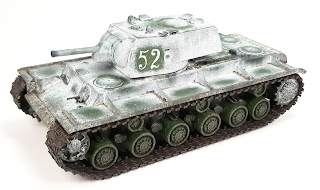 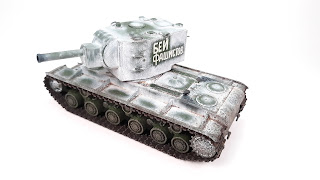